On 6 October 2016, the European Border and Coast Guard (EBCG), the successor of FRONTEX, was officially established. Less than two years after the adoption of Regulation (EU) No. 2016/1624, the president of the European Commission announced in his speech on the 2018 State of the Union made on 12 September, the Commission’s intention to, once more, reinforce FRONTEX. On the same day, the Commission put forward an updated version of the recently adopted EBCG, which has been one of the very last texts voted at the European Parliament under the 2014-2019 mandate. In particular, on 17 April 2019, the Parliament adopted the proposal put forward by the European Commission to further strengthen the EBCG with a standing corps of 10,000 border guards with executive powers by 2027. It is now only a question of time until the Council adopts the Regulation (henceforth referred as Regulation 2019/XXX).This Blog post centres on comparatively analysing the most controversial, significant and novel operational tasks conferred by Regulations 2016/1624 and 2019/XXX to the EBCG.

Article 3(2) Regulation 2016/1624 conferred a monitoring role to the EBCG in order to guarantee a common strategy for the management of the European external borders. The EBCG may now deploy its own liaison officers in the Member States with the aim of fostering cooperation and dialogue between the agency and the competent national authorities (article 12(3) Regulation 2016/1624). The EBCG liaison officers, who are deployed on the basis of a risk analysis carried out by the agency, should regularly inform the agency’s Executive Director about the situation at the external borders and assess the capacity of the concerned Member State to effectively manage its borders (article 12(3)(h) Regulation 2016/1624). These responsibilities have been further detailed in article 32(3) Regulation 2019/XXX.

While the obligations for the national border authorities under the low, medium and high impact levels are quite vague, under the critical scenario the Member State concerned shall respond, providing justifications for its decision, to the recommendation of the Executive Director within six working days (article 42(2)). According to article 43 Regulation 2019/XXX, should the Member State ignore the EBCG Executive Director’s recommendation, the Council, on the basis of a proposal from the European Commission, may adopt a decision by means of an implementing act, identifying measures to mitigate those risks and requiring the Member State concerned to cooperate with the agency in the implementation of those measures.

Furthermore, a key operational power introduced by Regulation 2016/1624 was the establishment of a Rapid Reaction Equipment Pool, consisting of technical equipment to be deployed in rapid border interventions within 10 working days from the date that the Operational Plan is agreed upon by the Executive Director and the host Member State. The EBCG may contribute to the Rapid Reaction Equipment Pool with its own resources and the Member States could no longer shirk their responsibilities by alleging that they are faced with an exceptional situation substantially affecting the discharge of national tasks (article 39(7) Regulation 2016/1624). In accordance with article 20(5) Regulation 2016/1624, the competent national authorities shall make available a minimum of 1,500 border guards to the EBCG for their immediate deployment in joint operations and/or rapid border interventions.

As the Meijers Committee and the European Council on Refugees and Exiles rightly noted, conferring executive powers to the EBCG’s operational staff members may breach the primary law provisions that regard the Member States as ultimately responsible for their own internal security and external border management. While the European Commission considers that article 77(2)(d) TFEU provides the legal basis to bestow upon the EBCG’s staff members executive tasks if they are clearly defined to match the objective of the establishment of an integrated management system for external borders, article 77(2)(d) TFEU shall also be read in light of articles 72 and 73 TFEU.

Article 72 TFEU states that the competences that the EU enjoys in the AFSJ “shall not affect the exercise of the responsibilities incumbent upon Member States with regard to the maintenance of law and order and the safeguarding of internal security”. In other words, the EU cannot replace the Member States’ prerogatives of coercion and “EU agencies are therefore limited to supporting actions of national authorities, except (and only) to the extent that the Treaty confers express powers to act on such agencies” (see, PEERS, EU Justice and Home Affairs Law: EU Criminal Law, Policing, and Civil Law, Volume II, London 2016, 27). Relatedly, article 4(2) TEU provides that “the Union (…) shall respect their essential State functions, including ensuring the territorial integrity of the State, maintaining law and order and safeguarding national security. In particular, national security remains the sole responsibility of each Member State”.

Furthermore, article 73 TFEU indicates that “it shall be open to Member States to organize between themselves and under their responsibility such forms of cooperation and coordination as they deem appropriate between the competent departments of their administrations responsible for safeguarding national security”.Hence, while competences are shared between the EU and the Member States in the AFSJ (article 4(2)(j) TFEU), articles 72 and 73 TFEU limit the powers conferred to the Union in matters directly linked to Member States’ national sovereignty (article 2(6) TFEU). 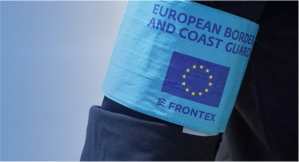 On the one hand, Regulation 2016/1624, in order to avoid endangering the functioning of the Schengen area, entitled the EBCG to intervene if a Member State decides not to implement the measures recommended by the Executive Director to tackle the weaknesses detected at its external borders, or if the Member State does not request operational assistance in the face of disproportionate and sudden migratory pressure at its borders. However, it is debatable to what extent the agency is able to impose the application of certain measures to a Member State that is opposed to them. Regulation 2016/1624, and now Regulation 2019/XXX, do not provide much clarity in this respect, which is a common feature of those European legislative instruments in charge of regulating highly sensitive competences that require the support of national authorities.

Although it is true that the EBCG will assist more independently the Member States in matters closely linked to their national sovereignty prerogatives, the competent national authorities that vote at the Management Board will continue to tightly control the agency’s recently reinforced operational and supervisory functions. Only two representatives of the European Commission have voting rights in the EBCG’s Management Board and, the presence of the European Parliament is non-existent. The Member States have thus ensured control of the strategic operational powers and the daily management of the agency.

** This post first appeared at the EU Law Analysis Blog